You are here: Home / BPI News / What’s In Stall for the Mooloolaba Wharf Redevelopment?

What’s In Stall for the Mooloolaba Wharf Redevelopment?

Ownership of the Mooloolaba Wharf recently shifted from Merlin Entertainments to Evans Long. The process of acquiring and transferring the property took approximately two years.

This well-known Sunshine Coast development could undergo tremendous change in the years to come. It’s new owners intend to turn the site into a mixed residential and commercial establishment.

The Big Plans for Mooloolaba

The Mooloolaba Wharf’s directors have expressed enthusiasm about planning this development’s future. When talking about the complex, Dirk Long noted its importance to the local area but said the buildings had fallen into disrepair.

The new owners hope to transform the site into a major tourist attraction.

Although the directors feel it’s vital to draw additional tourists to the development, they recognise that this won’t provide businesses with a steady income throughout the year.

One of their goals is to attract more local residents. Evans noted that many people on the Sunshine Coast had stopped visiting the complex some time ago.

Evans Long plans to destroy most structures at the Mooloolaba Wharf and construct new buildings.

This includes everything from the edge of the tavern to the Hog’s Breath Cafe. The company also intends to demolish all buildings between the cafe and Parkyn Parade.

On the other hand, the Wharf Tavern might remain in place. The tenant has signed a lengthy lease so the developers can’t remove this building without permission.

They are discussing redevelopment plans with the business operator; the pub’s long-term future remains uncertain.

The chairman of Mooloolaba’s tourism and business agency recently said that he’d support Evans Long’s plans if they comply with the current planning scheme for the Sunshine Coast.

At times, various proposals to construct high-rise buildings at the Mooloolaba Wharf have sparked debate among locals. This could reemerge as an issue of contention.

The new owners are currently unable to confirm their plan’s compliance with the local planning scheme. This is true because the planning process has only reached an early stage of development.

One director mentioned that the company would make tenant support a high priority. Evans noted that the previous owner hadn’t spent any money on the buildings in years.

Despite all of the talk about this development’s dilapidation, some tenants have remained successful and enthusiastic. A local business called Sunreef draws an average of roughly 1,170 customers every month.

The retailer recently spent $250,000 to upgrade its shop. It also entered a leasing agreement that remains in effect for almost three years.

Should Some Mooloolaba Wharf Structures be Preserved?

Director Evans doesn’t believe that his company’s plans will be restricted by the need to preserve historic buildings.

He noted that Merlin Entertainments previously sought to protect a tower near the Hog’s Breath Cafe. Nonetheless, he referred to the structure as an “eyesore” that doesn’t need to be preserved.

The total expense of demolition and construction is still uncertain.

It will remain difficult to estimate until more specific plans have been formulated and approved. However, the new owners predict that it could cost $100 million or more. 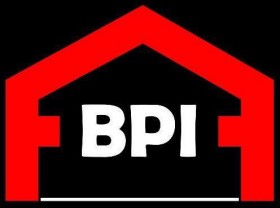 Julian Barry
23:05 18 Jan 17
I am writing to recommend the services of BPI Building and Pest Inspections. My wife and I have purchased a number of properties over the last few decades and engaged numerous professionals, trades people and others to assist us. BPI have been standouts for us, Chris and Natalie have been extremely efficient and professional, wonderful to deal with, and extremely reasonably priced. They produced an excellent plain English report complete with numerous photos which gave us a very clear picture of the status of our property, and it included recommendations that were sensible and easy to understand. After we had paid the bill and got the report Chris was more than willing to discuss his report and assist us further to get a good understanding of all relevant issues and develop our repair and maintenance priorities. Thank you Chris and Natalie for your excellent service and helping us get a comprehensive understanding of the condition of the property we intend to purchase. I won’t hesitate to recommend your services. Julian Barry - Darwin Family Law

Nick Sager
05:47 21 Nov 16
Chris and Nat were great to deal with. The inspection was thorough and the report was easy to read. The turn around was so quick the report was in my inbox the day of the inspection! I would recommend them to anyone looking for an inspection. Thanks guys!

Debbie Butler
21:23 13 Sep 16
Highly recommend!! Natalie and Chris were extremely helpful and always willing to answer any questions we had. The report was detailed but easy to understand. Very well priced too :) thanks guys!!
See All Reviews Write a review